← more from
Abandoned Love Records
Get fresh music recommendations delivered to your inbox every Friday.

by The Lovely Sparrows 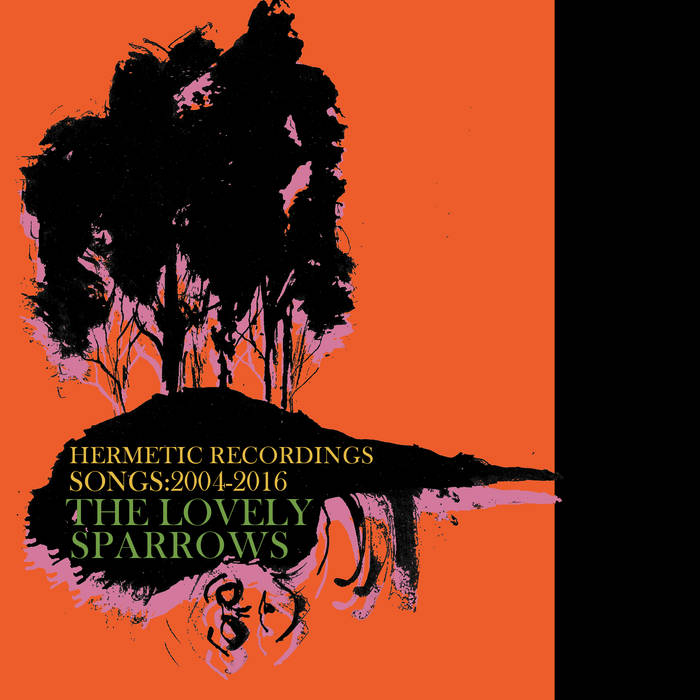 The Lovely Sparrows are one of Austin, TX’s finest bands and best kept secrets. Over the past decade, the Lovely Sparrows have forged an impressive body of work out of founder Shawn Jones’ sophisticated pop and dark folk leanings. In this newish century, the Lovely Sparrows' music has received positive reviews from the likes of Harp, Pitchfork, Spin and Paste as well as airplay from stations such as KUT, KVRX, and KSZU. The band has showcased at SXSW and Pop Montreal, toured much of the US, recorded a Daytrotter session and racked up tens of thousands of views on YouTube and Vimeo with the animated video for "Year of the Dog". The Lovely Sparrows are a living, pulsing amoeba of a band, deftly able to stage a show with as few as one and as many as seven members.

Hermetic Recordings collects songs from the entirety of the Lovely Sparrows' existence, from "I Have A Need You See" from their long-out-of-print debut, self-released 7", Take Your Hats Off You Godless Bastards, to "Shake the Shadow" from their long-awaited upcoming LP of the same name.

As the project of singer/songwriter and music teacher Shawn Jones, Austin's the Lovely Sparrows roll tender layers of brass, strings, and woodwinds over a brisk folk foundation. A storyteller first and foremost, Jones takes his cues from bookish, introspective acts like Belle and Sebastian...- SPIN

Bury The Cynics is one of those records, the ones that after a few spins will really start to show you its hidden treasures, all the bells and whistles that help albums get better over time. But it's also an immediately gratifying listen – NEW HAVEN REGISTER

I'm still wondering why this band hasn't somehow become massive, why they haven't been blasted out of Austin like a swarm of cannonballs - RCRD LBL

The Lovely Sparrows is, was and shall be again:

The long awaited second LP Shake the Shadow arrives November 16th on Abandoned Love Records, after an extended hibernation. Once again, Jones asks: “is there any real magic?”

Images of reclusive animals, the Church of the Night, and the neon carnival glow of impossible highways- are all woven between rich, orchestrated sound collages for a looser album that breathes now, more than ever. ... more

Bandcamp Daily  your guide to the world of Bandcamp

Damu The Fudgemunk shares his recent collab with Def Pressé, plus jams from Common and more